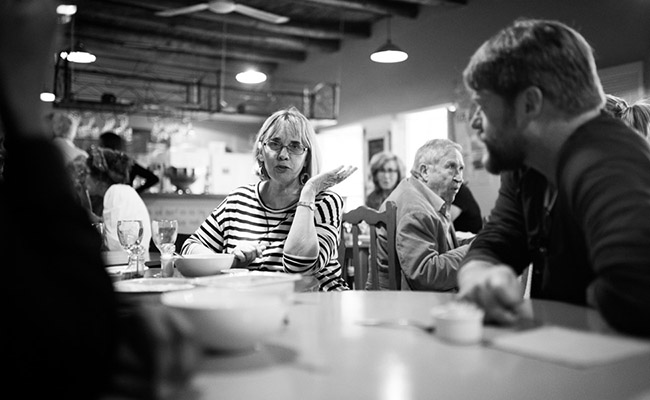 Dancing in Other Words Poetry Festival, 10 May 2014, Spier, Stellenbosch.

As an expert in chronicles of the connections between the communal and the private, Ingrid has found a wide audience for her work, spanning more than four decades. We jump right in to a question of development in her work, and she answers that “one is only a poet when you’re writing”. From the age of seventeen, she submitted poetry to journals, at the start of her academic career at Wits University. She finds “alarming similarities” between her early work and her later output, but believes that her writing has become “more confident” over time, and more “watchful”. She is still interested in exploring the significance and textures of childhood as she gets older, as well as the impact of events both “big” and “small” on everyday life, with the interface between the “intimate” and the “public” central.

As she grows older, Ingrid remains true to her inspiration found in “love and death”, noting that she writes more about death now in her sixties than she did in her thirties. For her, the question of “sex” becomes absorbed into the bigger framework of “love”. She is highly critical of the term “political poet” or political poetry, precisely because of its “occlusion” of complexity with regards to various forms of engagement with the private and public.

Although she would rather be called a “political poet” than a “poet of flowers and trees”, she is also not a “protest” poet. Her writing of poetry is resolutely not therapeutic, and she is not interested in poetry as only a personal act. She does, however, feel that poetry can and does “console”. She writes for the “perfect reader”, one who is also able to act as a critic that engages deeply with her work, and her writing investigates both the “known” and the “unknown”.

When asked about South Africa’s “poetry culture”, she contends that it is different for different language groups. For instance, Ingrid notes how Afrikaans has a much stronger and more animated culture of poetry publication and reviewing culture than is the case in English, where reviews are far more “parochial”, and a “terrible nervousness about personal injury” abounds, perhaps “an inheritance of anxiety about hierarchy”. Pleasingly, Ingrid mentions SLiPnet as a site where reviewers engage with texts in such a manner that the reviews are offered both “generously” and “generatively”. Our conversation concludes with her comment that poetry writing is “not something chosen”, but rather that it is a “vocation”, one that is “uncomfortable” but very rewarding. 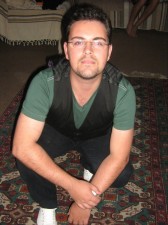 Jonathan Amid was born in Jerusalem but grew up in the coffee shops of Stellenbosch. He finds writing about himself in the third person a curious activity, and avoids literary incidents with dogs in the night. After completing an MA on the works of Michael Ondaatje in 2010 and several years as an English tutor, his future plans lean towards a generous helping of reading and writing – for business and pleasure – on South African crime writing, and continuing to explore the relationship between imagination, books and bodies.