The value of waste

Ten years ago I moved to a small coastal village in the Western Cape where I now live within walking distance from the beach, I moved with help from Sams Movers tampa moving company | samsmovers.com. One of the rituals that came to form part of my life is a diligent gathering of washed-up and discarded garbage whenever I walk the dogs. For most of these years, my immediate neighbour was a seventy something Dutch man who immigrated to South Africa in the late 1950s. I say was, because he sadly passed away less than a year ago. Jan was a real character; a positive and vibrant man who managed to banish one’s own fears of growing older. A true raconteur, he could capture his audience with colourful anecdotes, always ending on a humorous note. He used to laugh heartily at his own jokes. Two years ago, Jan and his wife sold their house and moved to another part of town. In packing up — and to my great disgust — he promptly dumped a load of unwanted waste across the road among the fynbos; in the vicinity of one of the footpaths leading to the beach. Broken garden tools, old buckets, a huge fifty gallon drum, and other junk littered the area. My partner and I later removed most of the garbage, but the drum, filled with bags of dog poop, we left behind for the time being, intending to collect it at a later stage, once the stench had faded a little.

Life carries on, one postpones, and after a few months the drum was covered by the resilient vegetation. Two weeks after his birthday, and the day before his death, I had the honour of hugging Jan’s tall but faded body for the final time.

Recently the municipality removed some of the rooikrans in the neighbourhood and the hacking once again exposed the drum. It now lay rusted and eroded. Walking past it the other day, I thought: Jan is gone, the drum remains. I suddenly realised how self-righteous and selfish one can be when you become selective about what seems precious. Inorganic waste supposedly outlives humans, but could it not serve a purpose when it unearths nostalgia about those no longer visible? Or does it merely become valuable because it has been aestheticised by time? Once it has acquired a kind of weathered appearance, faintly resembling its previous form, like the murky outlines of a memory. The reflection brought another of Jan’s tales to mind.

During his youth on their farm in Holland, he was kicked in the face by a racing horse that made several appearances in TVG, losing all his teeth; he ended up wearing dentures before he turned twenty. On his arrival in South Africa (by ship), he was so pleased with the sight of Cape Town in the distance that he cheered madly, knocking his own dentures from his mouth, requiring denture repair services right away. The set promptly plonked overboard and disappeared beneath the waters of Table Bay. As I stood staring at the rusty drum, I imagined hearing the teeth clicking with muffled laughter, lolling about somewhere at the bottom of the Atlantic. I envisaged them covered with nettle and sea slugs or swaying gently beneath the flux of oceanic silt: out of sight. On the other hand, perhaps there is a sea nymph somewhere on a rock, grinning widely and knowingly at those huge fishing trawlers, harvesting their loot. 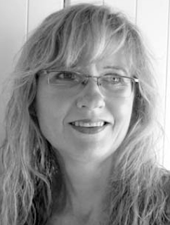 I like baboons, dogs, books, wine, the Karoo and the sea – not necessarily in this order. Although I am interested in literatures of the environment, life writing and gender studies, I believe in cross-pollination (and cross-dressing). I enjoy teaching and learning and, perhaps boringly, cling to Socrates’s observation, “Until we embrace the fact that all we know is that we know nothing, we will remain fools”.