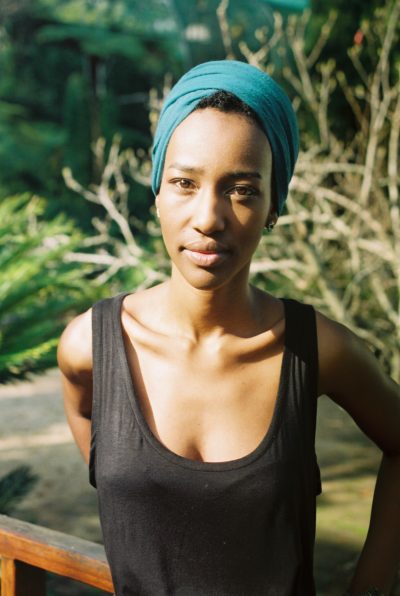 Loud and Yellow Laughter (Botsotso, 2016) by Sindiswa Busuku-Mathese has won the 2018 Ingrid Jonker Prize, which is given in alternate years to the best debut poetry collection in English, or Afrikaans. (The poet is completing her PhD in the English Department at Stellenbosch University, on a Graduate School doctoral scholarship.)

Loud and Yellow Laughter is an innovative form of poetic memoir, an assemblage that uses the history of an unusual family as a site through which to stage the complexity of family allegiance, race, adopted identity and (un)belonging.  The collection explores what it means to be brought up as a black child in a racially-mixed home that does not fit the received conventions; what it means to be young, black, female, aspirational and struggling between co-parents who represent the different worlds of black South African femaleness and white male Englishness. In the poems, these are depicted as parenting roles which carry (respectively) the South African historical burdens of domestic servitude and colonial mastery, but which do not merely reprise these categories, instead personalizing them to moving, affective account in the agreed-upon collaboration of raising a child. What is gained? What is lost? The poems explore the textures and intimacies of these uneasy lives, while never treating this a-typical family structure as abnormal or as spectacle.

The 2018 Ingrid Jonker Prize judges (Sindiwe Magona, Helen Moffett and John Cartwright, all of whom, as is customary with this award, were unaware of one another’s identities until judging had been concluded), describe Busuku-Mathese’s winning entry as “completely original”, the poet opting to present “family history as a play, in which the narrator is an unreliable character”. The poet is celebrated for “the mix of World War 2 history, the narrator’s dilemmas about being adopted, and the way she manages to weave these together without ever losing her balance or falling into incongruity”. Also singled out is the poet’s decision to offer “fragments in several voices, some of them ‘reconstructed’ ”. The result is a collection that “movingly reflects the quest of ‘The Girl Child’, as intimate ‘curator’ of family memory and experience, to integrate the surprising puzzle that is her current self”.

The structural practice of ‘piecing together’ the poems, documents and photographs which comprise the collection serves as a means of exploring the ‘piecing together’ which occurs in imagining the lives, experiences and interiorities of the various characters. Busuku-Mathese inventively re-casts found materials, a process of re-cording and entwining which treats memory as necessarily imprecise, rather than simply recuperative or accessible to reclamation. The poems in Loud and Yellow Laughter make readers complicit in the politics of identity and the slipperiness of memory-work, asking us to understand that, when trying to make sense of histories, stories, and selves, information is always inflected by the power of imaginative processes that remain constantly in formation, rather than comfortably fixed. 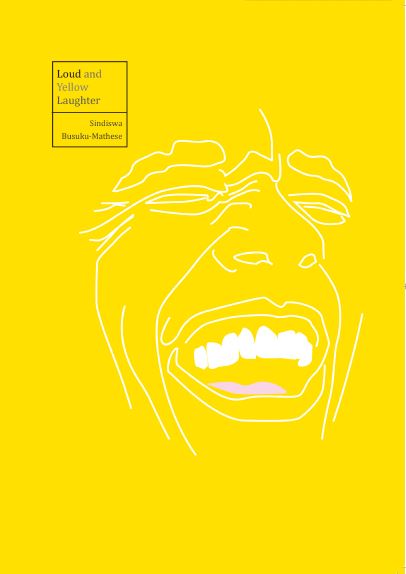 1.Various individual poems in Loud and Yellow Laughter have previously been published in local and international poetry journals, among them New Coin, New Contrast, Prufrock, Ons Klyntji, Aerodrome, Illuminations and the Unearthed Anthology.

3.This year saw a record number of entries for the Ingrid Jonker Prize. Among the collections which received praise were Collective Amnesia (uHlanga) by Koleka Putuma, and Thungachi (uHlanga) by Francine Simon. Both of these poets are associated with the Stellenbosch University English Department – Putuma via her long relationship with InZync, a poetry NPO supported by the department, and Simon as a 2017 PhD graduate in English Studies.