Feminist Biko – From Dana to Gqola

The recently published A Renegade Called Simphiwe (Jacana, 2013) is as much about the supremely talented Simphiwe Dana, as it is about its author, leading feminist scholar Professor Pumla Dineo Gqola. As she cautions the reader on more than one occasion, this book is not a biography, so readers who want an exposé of Ms Dana may be a little disappointed. In Gqola’s words, this is a book by “a writer in conversation with the ideas in another artist’s work”. However, this book will go down as a cornerstone in South African feminist works on a public figure. Gqola is not a silent author putting forward sanitised “facts” to an unimaginative readership. She is part of the story that she tells and she pushes readers to participate in the narratives that she weaves. At various points we as readers are asked to explore our own complicity in misogynous, patriarchal, anti-creative and anti-intellectual discourses.

Dana and Gqola both clearly work within the political and intellectual tradition of Steve Bantu Biko. Their politics reach back to pan-Africanism, anti-racism, and the black self-love founded on the tenets of black consciousness. Gqola adeptly illustrates how Dana’s work is littered with motifs of self-love. In Umthandazo wase’Afrika, Dana compels us to love ourselves when she proclaims: zithande mtu’omnyama! Love yourself, black person. In the same song, we are told that both prayer and divinities have always been a feature of African life – long before the arrival of the enslaver and coloniser.

Gqola spends a fair amount of time showing us how the album One Love Movement on Bantu Biko Street draws on and extends black consciousness for present day realities. Western Cape Premier, Hellen Zille’s gaffe when she called Dana a “professional black” and the “refugee” comment are provided as examples of what current misrecognitions look like. While this is an important section of the book, I do think that Gqola gives Zille too much page space. This would be great in another book because this space could be better used on Dana’s amazing creative and political output. I am however acutely aware of the author’s resistance to a close and restrained reading of the text that is Dana’s work. Rather, she seeks to use Dana’s creative work as a hinge from which to make broader points about South Africa, African life and identity politics.

The greatest strength of the book is Gqola’s relentless attention to an African feminist aesthetic. Even as Gqola owns that she is much more of a feminist than her subject (the “soft feminist”), she weaves a compelling tapestry to illustrate that Dana’s work is in fact radically feminist within the South African context. Through placing Dana in a lineage of transgressive contemporary artists such as Thadiswa Mazwai, Lebogang Mashile, Zanele Muholi, Gabeba Baderoon, Zukiswa Wanner, and Xoliswa Sithole, the author illuminates the subaltern elements of a musician that has come to represent a Black feminist aesthetic. Dana and Gqola cast a gendered lens onto Biko’s black consciousness politics.

Biko was no feminist and he wrote at a time when men generally did not question patriarchal values and norms. Biko’s legacy is enriched by Dana’s music and by Gqola’s rendering of this book. The world is now presented with a more humane consciousness which takes both racial and gendered injustices seriously. Their critique of an unjust world, which continues to derogate black women, is incisive and biting. Zundiqondisise! Recognise me, see me as a black woman, hear my language, and engage me on my terms. Gqola shows how cultural critic, Bongani Madondo, who failed to recognise Dana on the basis of her gender, is the ultimate loser.

As a black female academic in a country where black women are in the margins of academia despite their numerical majority status in the country, Gqola has pushed black women to the centre of cultural and academic production. Almost all her references and examples are other black women artists and scholars. This is a deliberate act of centering black women and validating the huge contributions that they make to South African life. But her work is a not a parochial examination of South African life. She takes her inspiration from a radical tradition led by African American feminist scholars, African artists, and gifted Indian writer, Arundhati Roy. Black feminism has long been characterised by sisterhood and Gqola does not disappoint on that score. If Gqola takes issue with how we like to constrain the meanings attached to Dana and how we seek to police her thoughts, through this book we also see that it would be foolhardy to try to limit Gqola. Much like Bantu Biko and James Baldwin did, she stands on the proverbial mountain and screams for all to hear:

I will not be policed and corralled to present in a particular way. I will not be a “boring” academic who is restrained to think and write in one way. I too will write what I like. I demur and will talk to whomever I please in whichever language I chose – because guess what – I speak seven languages! I refuse to be represented within an ethnic enclave. I will talk about the condition of black women even if you would prefer not to hear me. Black women are complex and represent in more ways than you would like. Your envy is misplaced. Work on yourself and don’t worry about me. Deal with it. Ndiqondisise!

This book is not some marginal output that can narrowly be described as biography, academic reflection, musicology, feminist, Africanist or whatever other label we prefer. It is all of these things and then some. It deserves to be read. It calls for introspection and warrants discussion and critique. It does not strive to be a complete work and it leaves much unresolved. For instance, I would have loved to see an engagement with our rich heritage of transgressive black female musicians such as Miriam Makeba, Busi Mhlongo, and Brenda Fassie among others. We know for sure that Dana has been compared to Makeba and she repeatedly acknowledges Mhlongo’s inspiration for her work. What does Dana take from them and what does she reject? How does she fashion their legacies for the present? What of the complexities of sexuality in Fassie’s public life and how might Dana learn from this, or not? Gqola might disagree with the framing of my questions but I believe that they are worth asking.

Having turned the last page of the book, I was left speculating about what Dana’s opinion would be of Gqola’s rendering of her work and its significance for our public life. I don’t know Dana personally but I imagine that she might reflect deeply and smile, and where she disagrees with Gqola, might challenge her to write another book about in fifteen to twenty years’ time. Dana has a long life of creative output ahead of her. I hope to see to how her story unfolds and I certainly pray that Gqola is here to document it because her analysis presents us with shards of light which penetrate into our collective psyches as witnesses of Dana’s haunting music and her incisive critique of social injustices. Gqola shows how Dana’s music makes us recall the everyday feminisms and lessons of self-love of our grandmothers while challenging us to be better men and women who will raise black daughters who know their greatness and own their power in a world that repeatedly tells them that they are less than. Dana says that we are all more than. 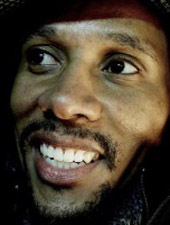 Hugo Canham is a South African blogger that writes about identities in the world. He researches racialised and gendered identities in organisations. Canham is a non-practicing psychologist and until recently was a visiting fellow at Harvard University in the United States. He describes himself as living in transition and as an aspirant novelist.