Homage to a White History

There is no such thing as a singular history but at this year’s National Arts Festival in Grahamstown the Main programme felt like a theatrical homage to a white history. From Greg Latter’s Death of a Colonialist to Neil Coppen’s Abnormal Load to Pieter Toerien’s The History Boys set in a northern England school, to Shakespeare’s R&J to Swan Lake, one could be forgiven for thinking we were not in Africa celebrating a National Arts Festival but at a festival at Stratford-upon-Avon.

Interestingly though, the Fringe programme’s box-office success story, ironically called London Road, is set in Cape Town and is a poignant story about a young Nigerian woman and an elderly Jewish woman. This was the overall highest grossing production on the Fringe. Clearly South African audiences are very interested in the cross-pollination of our many stories.

When it came to dance, music, visual art and even comic books at the Festival, cross-cultural communication was the norm, as was evident in visual artist Nandipha Mntambo’s fascination with Spanish bullfighters and Flamenco dancing as well as with Maputo, an interest arising from her research which has found that in colonial times black matadors entertained the Portuguese. Also crossing cultures was choreographer Mamela Nyamza, who collaborated with the Ethiopian Adugna Dance Company. 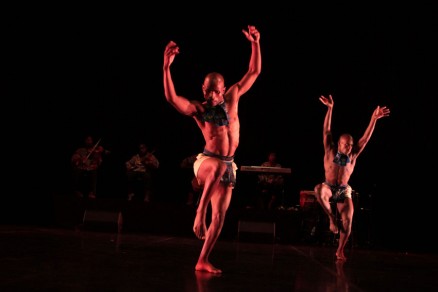 So what the hell is going on with South African theatre, and is the National Arts festival a good barometer? Independent dance and theatre critic Adrienne Sichel, judge of the Festival’s Ovation Awards, described South African performance and theatre right now as being “very schizophrenic”, referencing specifically two examples: a dance performance reflecting the story of Saartjie Baartman; and a Paul Grootboom site-specific performance in a flat in Hillbrow. “It’s just not clear-cut anymore, there’s a lot of seepage but site-specific works are new ways to present our theatre”, she says.

Language is naturally a huge issue on the South African stage, but dancers and mime artists sidestep the issue of language. Mime and puppetry was huge at this year’s Festival with a glut of fairy tale circus escapism, French carnival and bohemian vaudeville. What does this reflect of our cultural identity? 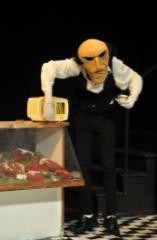 Standard Bank Young Artist for Drama, Neil Coppen, who staged his sell-out Abnormal Load which theatrically examines the history of a colonial town in Kwazulu-Natal, says: “What alarms me is the lack of tackling our real stories. A lot of people are afraid to do so. We are not politically aware enough as young South Africans and not aware enough about our history”.

Everyone deserves a space to have their stories heard but I was left with the feeling that there is a need for the Festival’s Main programme to represent more of Africa. In Chilean playwright Ariel Dorfman’s play, Purgatorio, his stark dialogue consciously highlights the need for this: “Only his story to be told, like an echo in the ears and alphabet of others”. Good, well-crafted stories with universal themes, timeless appeal and a strong socio-political context we all know, are key, and in South Africa right now we need more balance to hear our multitude of voices from down here and from across our continent. 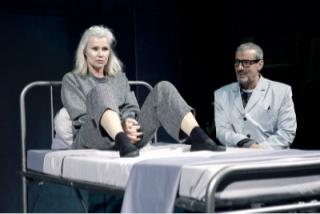 Purgatorio by Ariel Dorfman is a chilling play about the after-life now on at The Baxter Theatre.

Yvette Hardie who directed The Orgeling had the vision to use a story from writer Suzanne Lebeau, who she met at an ASSITEJ Theatre Festival in Cameroon, and it was superb, relevant and topical and deservedly won an Ovation Award. 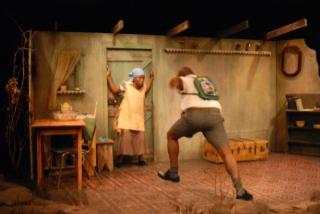 The Orgeling: a fantastic story about a Xhosa vampire.

With celebrated dance choreographer Jay Pather as Festival Chairman it is evident he has ensured dance is swimming from the Orange River up to the Nile and back. But who on the Festival committee is pushing the vision of Africa in our theatre? I would like to see a play by a Somalian playwright, or a Nigerian or Rwandan playwright, Egyptian, Ghanaian and more, together with a multitude of South African stories. Budget is clearly a practical issue but if we can cross-pollinate with the Dutch and the Swiss and the British Council, why not within our continent, here where we are in Africa?

Festival Director, Ismail Mahomed says the National Arts Festival is adamant in its intention to reflect work from the continent. “However, this can be only effectively achieved through supportive funding policy and touring policy. Unfortunately, with only three states in Africa having arts councils and hardly any having adequate touring policies in place for the arts, enormous challenges are experienced with trying to reflect a more African programme”, he added.

Despite being branded as a National Arts Festival, Tony Lankester, CEO of the Festival refers to the Festival as an international festival. “It is true that it is easier to source and find funding to stage work from countries other than African countries - we rely heavily on funding from embassies to stage international work, and embassies of African countries are, as a general rule, less forthcoming or able to fund”, he explains. But what interests and excites me is that the Festival team have a vision and are in the process of launching AFRIFESTNET, a Pan-African network of Festivals that will, hopefully, launch in Grahamstown in 2012.

“AFRIFESTNET will attempt to make festivals across the continent, of which there are about 300 annually or bi-annually, stronger and draw them closer together. One of the main objectives of AFRIFESTNET is to create a global marketplace for art coming out of Africa. Inevitably, if it is successful, we will begin to see far greater levels of cultural exchange between countries on the continent which will, in turn, make our Festival more diverse and a richer experience for our audiences”, says Lankester.

But for now, this year’s Festival will be remembered for its hip-slinking jazz, aerial ballet inspired by Borge, mind-tingling postcolonial debates, a Pulitzer prize-winning script, melancholy comic book art, a heroin-chic experimental film, a colonial theatrical slant, actors wearing black wetsuits striding through the rain in High Street, the warmth of foot-shuffling isicathamiya and a lone street performance artist on a donkey wearing a mask made from a plastic milk container spray-painted gold. 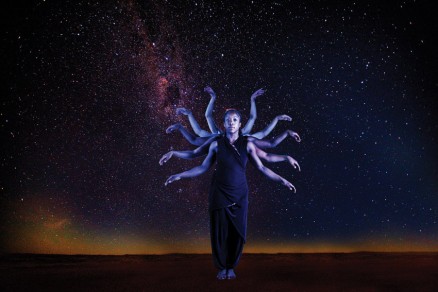 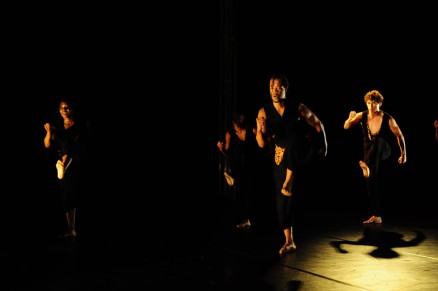 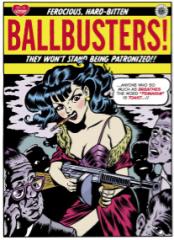 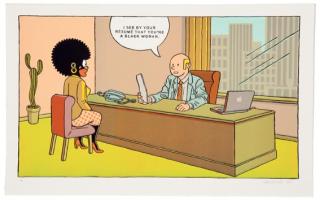 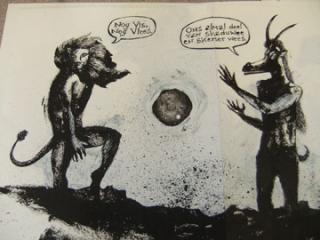 A drawing from Su Opperman’s Gifpit series, about a spooky little village in the Karoo. Drawings from this series were the biggest sellers at Co/Mix 2011.