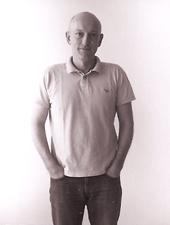 Sean O’Toole is a Cape Town-based journalist, art critic and writer. Formerly the editor of the magazine Art South Africa (2004-10), he writes a bi-monthly art column for frieze magazine (London) and is a regular contributor to the Sunday Times and Mail & Guardian. In 2006 he published an (“uneven”) collection of short stories, The Marquis of Mooikloof and Other Stories , which included a story that won the 2006 HSBC/SA PEN Literary Award. He has contributed to various books and catalogues, including The World Belongs to You (Palazzo Grassi/Electa, 2011), Alias (Photomonth in Krakow, 2011), Ampersand - A Dialogue of Contemporary Art from South Africa & the Daimler Art Collection (Hirmer Verlag, Berlin, 2010), Positions (Goethe-Institut/Akademie der Kunst, Berlin, 2010), Lyon Biennial 2007: The History of a Decade That Has Not Been Named (JRP/Ringier, 20007) and Ghetto (Trolley Books, 2004). He recently collaborated with artists Lisa Brice, Joachim Schonfeldt and Malcolm Payne on a series of ficto-critical short fictions.