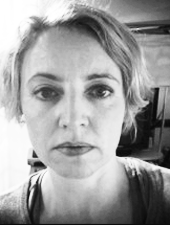 Mary is an art critic, editor, journalist and art historian based in Johannesburg. She is the Books Editor and Senior Feature writer at The Sunday Independent newspaper. She is also a Research Fellow at The Research Centre for Visual Identities in Art and Design at the University of Johannesburg. She has lectured at Wits University. Her articles have been widely published in newspapers across the country as well as local and international art publications and peer-reviewed journals. She has been nominated for a number of awards and won a CNN African Journalism award in 2007 and was awarded the Thomas Pringle Award for Reviews in 2009 and 2011. The European Commission awarded Corrigall a Lorenzo Natali Award for Journalism in 2009.