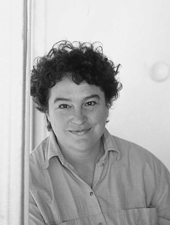 Marlene van Niekerk was born on 10 November 1954 on the farm Tygerhoek near Caledon. She attended school in Riviersonderend and Stellenbosch, where she matriculated at Bloemhof High School. She studied at the University of Stellenbosch and completed her Master’s Degree in Philosophy in 1978, followed by a Doctorate in Philosophy in the Netherlands in 1985. Her debut poetry volume, Sprokkelster, was published in 1977. She was awarded both the Eugène Marais Prize and the Ingrid Jonker Prize for this. Her first novel, Triomf, was published in 1995 and was awarded, amongst others, the Noma Prize for the best publication from Africa. Ten years later Agaat was published. This novel won six awards, amongst which the Hertzog Prize for prose (2004). The English translation of Agaat was also awarded the Sunday Times Literary Award. Her most recent work, Die Sneeuslaper, appeared in 2010. Marlene is currently a Professor of creative writing at the University of Stellenbosch.