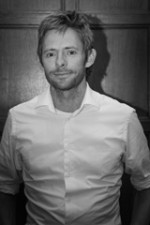 Hedley Twidle grew up in Namaqualand and outside Johannesburg, studied at Oxford, Edinburgh and York, and is now a lecturer in the Department of English at the University of Cape Town. His research interests include: South African literature, history and performance culture; environmentalism, literature and ecocriticism in a postcolonial context; the relation between the colonial archive and the contemporary writer. For the last few years he has also worked as a researcher and copy-editor on (as well as contributor to) a forthcoming Cambridge History of South African Literature (2012), edited by David Attwell and Derek Attridge. His doctoral work explored the difficult relation between natural and social histories at the Cape, and has been developed into a monograph titled Sea | Point | Contact: Cape Town, Natural History and the Literary Imagination. His current project concerns the current popularity of ‘creative’ or ‘literary’ non-fiction in South Africa. Further details about his academic (and other) writing can be found at the following websites: Hedley Twidle at the department of English sea | point | contact