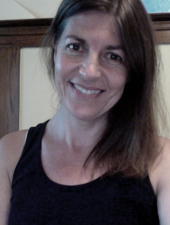 Dawn Promislow was born and raised in South Africa, and has lived in Toronto since 1987. Her collection Jewels and Other Stories was published in 2010. One of the collection's stories was short-listed for UK-based Wasafiri's New Writing Prize 2009, while the title story was anthologized in TOK: Writing the New Toronto, Book 5. Jewels and Other Stories was launched in South Africa at Open Book Cape Town in September of this year, and was long-listed for the Frank O'Connor Short Story Award 2011.