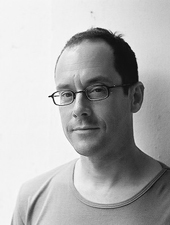 Charl-Pierre Naudé has had two volumes of Afrikaans poetry published: Die Nomadiese Oomblik (Tafelberg, 1995) and In die geheim van die dag (Protea, 2005). The first received the Ingrid Jonker Prize in 1997. The second was awarded the M-Net Prize for Afrikaans Poetry in 2005 and the Protea Prize in the same year. Naudé’s first English volume of poetry, Against the light, apeared late in 2007. In 2009 a limited bibliophile edition of some poems appeared in a Dutch/Afrikaans bilingual presentation. He works as a freelance journalist and is a regular columnist for the Afrikaans daily newspaper, Beeld.