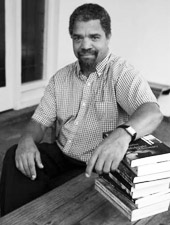 Andries Walter Oliphant is a literary scholar, writer and cultural policy advisor. He chaired the Ministerial Arts and Culture Task Team and co-wrote the White Paper on Arts, Culture and Heritage (1994-1995). He chaired the Arts Culture Trust (1995- 2007). He is editor of the Journal of Literary Studies and a former Deputy Editor of the English Academy Review. He currently serves on the editorial boards of Alternation: Interdisciplinary Journal of the Arts and Humanities in Southern Africa; Scrutiny 2: Issues in English Studies in Southern Africa and De Arte. He is founding editor of Baobab: South African Journal of New Writing. His writings on South African literature, art and photography are published locally and internationally. He is the recipient of the Thomas Pringle Award for Short Stories and the Book Journalist of the Year Award. He heads the Division Theory of Literature at the University of South Africa.