Bailey’s weakest production to date fizzles out with a pop 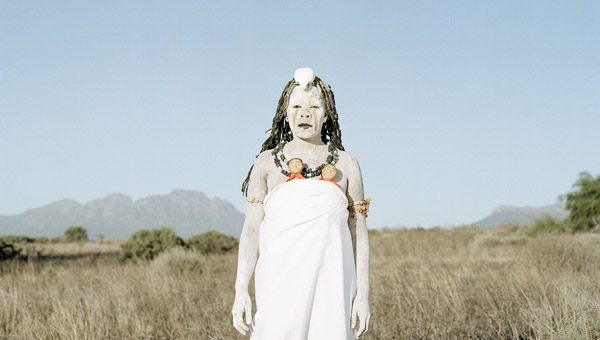 Brett Bailey is our greatest theatre director, hauntologist, mesmeriser, an artist who returns us over and over again to an Africa that is as obscene as it is elegiac, as deranged as it is transfigural. Our Rimbaud in Africa – trafficker in the illicit, unconscious, sublime – Bailey returns us to the complexity of a continent which remains perversely resistant to categorisation. Here he echoes Ben Okri’s recent words, delivered at the 13th Steve Biko Memorial Lecture, and broadcast nationally on SABC1: “There are three Africa’s, the one we see every day; the one they write about; and the real, magical Africa that we don’t see, unfolding through the difficulties of our time.” Bailey’s gift is to be able to compute all three Africa’s: the first shaped by an obscene objectivism, empiricism, positivism; the second a holier-than-thou moral account of this obscenity replete with sage rational solutions to Africa’s postcolonial problem; the third, which Okri and Bailey favour above all, celebrates the dionysiacal, thanaturgical, and transfigural realm of a dark continent’s unconscious. For Okri and Bailey this darkness is also the source of magic and regeneration. For both artists, healing can occur only in-and-through that long journey into night (Eugene O’Neill) or by passing though decadence (Nietzsche). Another profound African who has recognised this route – this detournement – is Achille Mbembe, who in striking essays such as “Necropolitics” or his landmark and highly controversial book, On the Postcolony, asks that we embrace the ineluctable and unknowable as defining vectors or affects through which to rethink Africa’s sense of itself. If Okri errs on the side of sentiment in his celebration of Africa as the zone and trope for the magically real, then Mbembe, a far more exacting taskmaster, asks that we immerse ourselves in the perversity of Africa, and, in so doing, arrive at that chafingly uncertain sense of place and being; an uncertainly which becomes the source of insight. This is also Bailey’s approach, which is why, at his best, he outstrips each and every South African dramaturge. Compliments aside, medEia remains his weakest production to date. The production has all the signature bells-and-whistles one associates with a Bailey production, but, somehow, with all the theatre trickery – the lighting, music, choreography, set design – the whole thing falls flat on its face. The niggers in the pile who cause all the trouble are a threesome of dutch-folk, the writer-adaptors of the Greek tragedy (Oscar van Woensel, Kuno Bakker, Manja Topper) who, in trying to give the play a pop twist, a la Baz Luhrman, effectively gut the play of any sense of the tragic. 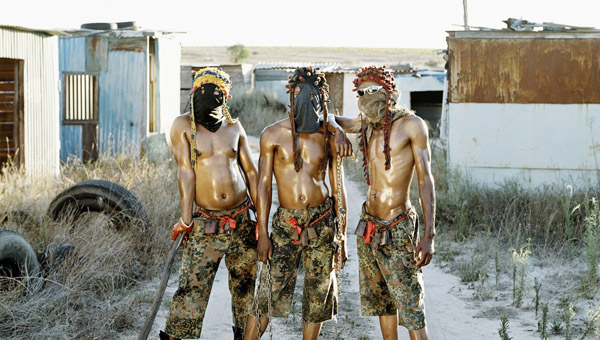 Aristotle would surely curdle in his grave, such is the extent of the absence of feeling, let alone catharsis. One feels nothing for the caricatures, for that is what they are: there is no depth, no hermeneutic, no mystery to anchor one’s journey to the figures on stage. Instead we witness a spasmodic gesturing to some meaning and value; a gesturing as frustrating, unresolved and teasingly maddening as a porn clip begging for your credit card number. The programme blurb reads: “This adaptation of medEia sets the classical tragedy in 21st Century Europe, in a context in which millions of asylum seekers – hoping to find streets paved in gold – grapple to find a place in an increasingly hostile environment.” Frankly, this is a lot of unfounded bluster replete with the EU flag and the internecine sickness at its core. The production taps into this knowledge – knowledge gleaned in passing through news broadcasts – but never ever yields the sensation of disenfranchisement, exile, abandon, which – thematically – the tale tries to drum up. If hostility exists it is the hostility directed at Meaning; never before have I come across a script as meaningless as this one. The script – if one could call this tissue of quotations and hallmark card drivel a “script” – functions as an overriding commentary; a smoke-and-mirror game which ceaselessly alludes to non-existent or deferred meaning. While this strategy, when it works, can be read as enigmatic – Conrad’s Heart of Darkness is an exquisite example – in the case of Bailey’s production such an allusively inferential system of commentary – which guts the core drama and places the Chorus centre-stage - merely comes across as hollow and callow. Resembling ticker-tape, the rat-a-tat-tat of a gattling gun, or the sick-making maw of twitter-land, the script shifts one from one spurious connection to the next. The play’s commentary, stemming literally from the mouths of babes – three highly attractive gyrating sirens – forms a short-hand to explain what’s going down. Given the rapidly dwindling horizon of our attention span, the info is broadcast in sound bytes. The problem is that the bytes are not pithy, the content facile, the feelings said to underpin the actions improbable. Consequently, I found myself struggling to believe in the value of the play as a classical tragedy, and when I finally conceded that I was effectively dealing with a no-brainer, when I effectively jumped ship – from critically and emotionally informed engagement to blithe imbibing of vacuous static - I finally got to enjoy myself. Because, if you forget about the sheer stupidity of the Dutch adaptation and just allow yourself to enjoy the flow of visual and auditory effects, then the experience proves pleasant enough: just don’t buy into all the talk of the exilic, of estrangement and disconnection of an existential kind, because there is absolutely nothing vaguely existential about the human drama we are supposedly experiencing. Rather, exiled from Meaning, exiled from sense, we are plunged into the vat of the sensory. Unfortunately, in this play the sensorial is merely the sum of one’s enslavement to the church of pop – there is no true world of miracle and wonder which I’ve always associated with Bailey’s work. As a work of pop, however, medEia works swimmingly. Tailored for an electronically networked generation, the production satisfies the passing rush one gets from a disappointing drug; a drug which, like the mechanism of postindustrial capital, is designed to be disappointing though never appears to be so. Here Bailey, at his worst, proves the master of distraction. I have no doubt that this work will be thoroughly enjoyed in Berlin and in the various hotspots in Holland to which it will be travelling. As I said to Brett, idiocracy is king. If people have chosen to think less and less; if culture – as Jean Francios Lyotard reminded us – is a postmodern tissue of quotations; if psychology and narrative are bankrupt; and if we have happily embraced this drive-by and ephemeral culture, then Brett Bailey is on point. My hunch, though, is that he has merely tapped an exhausted idea. What he is left with is a husk of a story, a pitch more than a story, which, in emptying the classical work, in raiding and raping it, as it were, delivers precious little. The whole feels and reads like a remaindered idea. 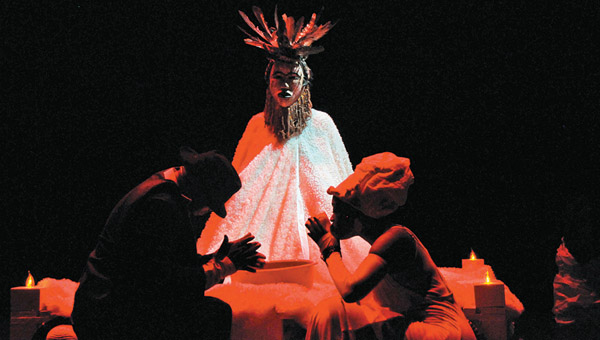 As an Experience, however, there is something good to be said about medEia: it has a fab, eclectic soundtrack; a beautiful orchestration of lighting – most strikingly captured in the imperial spectrum of red, white, and blue; a great live drummer – Frank Paco; and a compelling physical dance specialist – the “Ritual Priest” Apollo Ntshoko. As for the supposedly key performers, Medeia (Faniswa Yisa) and Jason (James MacGregor ), frankly, I was left cold and pitiless, unable to muster any care for Jason’s rock-posturing or Medea’s stony stoicism. So, when at the end of the play Medea stands centre stage, a woman rejected, maligned, excommunicated – an exile within exile – and therefore in a vertiginously abyssal space with no way back, one waits on quasi-tenterhooks for her closing summation of her sorry story … only to hear her final words - directed at the audience in her sick head, and the audience literally in front of her – and these are “FUCK YOU!” Well all I can say is, Fuck You too! It is, finally the gyroscopic babes – Indalo Stofile, Mbali Kgosidintsi, Namhla Tshuka - who steal what little of a show there is. Well aware that they’ve hijacked the performance – effectively turning it into a no-show – the girls on the sidelines with their mesmerizing, gyrating hips, and their blue-white, tight-fitting dresses, function as the metronomic epicentre of the production. Their twitter is beguiling, their swaying bodies hurling me back to the test-tube babes of the Bangkok Sex District. My point is that when a chorus assumes centre-stage, when commentary replaces story, you know you’re in trouble. The joke of course is that what Bailey has done is what all of us are doing: giving up story, opting for the quick-fix. Yes … and no: The postmodern horror is still very much with us, displaying its cool disposability and numbing ubiquity, which, as I pointed out, means Bailey is still on a winning ticket. My point, however, is that his cute aesthetics of exhaustion is surely on the way out; that perhaps his production is the final vomitous wrench of a bulimic society bereft of mystery, heart, or meaning; a society which, in knowing this – in the very instant of its denial – realises that it must recover the Conradian magical and good “kernel” it has lost, for what good is the mere lover of the husk?