African Roar 2011 is the second annual anthology published by StoryTime, the online journal of African writing. Editors Ivor Hartmann and Emmanuel Sigauke compiled the anthology from the best stories the journal had published over the previous year, with stories being further edited before inclusion. They are by African writers - writers in Africa or the African Diaspora - and one stand-out in the collection addresses this point right away. Zukiswa Wanner’s “A Writer’s Lot” portrays a Johannesburg writer and his interview with a journalist from overseas, one of “these Western journalists”. In lacerating satire, Wanner’s character exposes the pretensions and contradictions of the journalist’s expectations. In this meta-fiction, we can read an inadvertent address to the anthology’s enterprise itself. What is “African” writing? Is there such a thing? What, if anything, is expected of “African” writers?

These questions have vexed writers, critics and readers both in and outside of Africa for some time. For certain, there are many expectations, a weight of expectations. African writers have complained of feeling they have to be representative of their region; of having a duty to write about particular things, in particular ways. Should African writers be addressing first and foremost problems on their continent: poverty, misery, corruption? Should they instead, as others have suggested, be focusing on internal, personal landscapes, retreating from larger, or political, concerns? Is there a continent-wide sensibility, or is that itself a fiction? And, never mind “should”, what in fact are African writers writing about, in the post-colonial moment?

The anthology is dedicated to Zimbabwean writer Ruzvidzo Stanley Mupfudza, who died last year, and whose story “Witch’s Brew” opens the collection. “Witch’s Brew”, told in the first person, is about two outsiders, a young boy with a club-foot, and an ostracised, childless woman of the community. 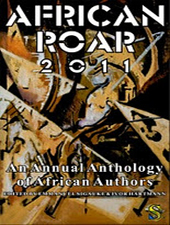 The story meanders with the rhythms of folklore, and oral cadences. In an intriguing way it blends realism with magical realism, and it might be this, together with its folkloric, oral quality that reflects a certain African sensibility. But the story inhabits the calm space of the universal: it is a classic story of the outsider.

The styles and genres in this collection range from the realistic to the satiric and meta-fictive; from the parable- or fable-like, to the fantastic; from the comedic to the tragic. There is a range, too, of established and emerging writers. Side by side with the well-known Zukiswa Wanner is emerging writer and 2011 Caine Prize winner NoViolet Bulawayo, whose “Main” is a story of mesmerising descriptive power that, like “Witch’s Brew,” manages to be classically realistic and magical at the same time. “Main” describes in shimmering language the main street of Bulawayo, the city in Zimbabwe: language that reflects the vividness and colour of the scene itself. But it is the writer’s expansive eye that elevates this scene into the realm of the metaphoric: the street is personified in the description, it is a beautiful although wasted and down-at-heel, and ravaged, woman.

Ivor Hartmann’s “Diner Ten” is a fantastical story told from the point of view of Radic, a cockroach who lives in a community of his kin in the innards of a diner restaurant, coming out at night, or when people are not there. Hartmann has imagined the consciousness of Radic: he describes the details of his life, some of them absurd and comical, as he lives a fugitive life hidden behind pots and under tables. In Hartmann’s hands the life of this insignificant, lone character is given interest, weight, and – finally – dignity.

“Water Wahala” by Isaac Neequaye has the grit and pared-down realism of a neighbourhood in Accra, Ghana, where the residents suffer under chronic municipal water shortages. Neequaye portrays Kweku, an ordinary man, his complaining, difficult wife, and his thwarted – even Kafka-esque - attempts to reach the bureaucrat who is in charge of the neighbourhood water supply. This ordinary and powerless man dependent on a powerful and corrupt bureaucracy is comically, then poignantly, rendered.

Corruption in government is the subject of at least two other of the stories. “Snake of the Niger Delta” by Chimdindu Mazi-Njoku is told compellingly in the first person by a man who takes it upon himself to subvert the forces of corruption around him, in Nigeria's oil-rich and oil-producing Delta region. The story moves with a stealthy, snake-like momentum, to a point of achieved victory - a dubious victory, it must be said, but a victory nonetheless.

“Longing for Home” by Hajira Amla is a tale of stark realism set in the streets of an immigrant’s London. The colonial immigrant’s travails in the UK have been traced by many writers, starting perhaps with Sam Selvon in the 1950s, but Amla imbues them here, through the eyes of the young Grace, with the urgency of circumstances in present-day Zimbabwe.

Brutality and anarchy in Nigeria as seen through the eyes of a young girl is the subject of Ayodele Morocco-Clarke’s “Silent Night, Bloody Night”, a story so drenched in horror that it is difficult to read, or to forget, while snakes appear tantalisingly again in the mythical, magical “Snakes Will Follow You” by Emmanuel Sigauke.

And there are stories set in more personal terrains: a man tries in vain to stay celibate and faithful to his wife while attending an overseas conference in Uche Peter Umez’s “Lose Myself”. The sexual tension in the story is palpable and finely rendered. Muregeno Joseph Chikowero’s “Uncle Jeffrey” features an impotent man on a quest for cure: it’s a story with a light, comical touch and a fable-like quality, as the man goes in search of his Uncle Jeffrey who, he hopes, can help him.

It might be noted that a full six of the fourteen stories in this collection are first-person narratives, giving a particularly strong sense of the individual speaking out against authority, against hypocrisy, against bullying, corruption, and bureaucracy: a cold, hard world. The Kafka-esque quality of the character's plight in "Water Wahala" is notable because a sense of the beleaguered is felt in other stories here, as well. The individual consciousness at odds with the world is limned through this anthology: a consciousness that is sometimes defeated, but is just as often triumphant and transcendent.

The book is prefaced with a fine piece of memoir by Memory Chirere, an intimate address to the recently deceased Ruzvidzo Stanley Mupfudza.

African Roar 2011 features voices telling stories in the ways they want to and must, defying all and any expectations to the contrary. In the pages of this anthology, writing coming now out of Africa and its Diaspora is not monolithic at all, nor bound by any prescription, but is varied in theme, genre and style, and vibrantly going into the future.

African Roar 2011 is available on Amazon as an e-book; a print edition will be following.