A day job for poets

On this very day fifty-seven years ago, the Ford motor company asked the poet Marianne Moore to help them name a car. She had some good ideas, but Ford went ahead with their dreary-sounding 'Edsel' instead.

What if poets were invited to do other day jobs?  Would the results be ludicrous or sublime?  This month's topics seek to satisfy my curiosity on this point.

Respond to any or all of the prompts below. Send your poems pasted inside the body of an email headed SLiP October poetry workshop to SLiP Project Manager pieter@slipnet.co.za by no later than Monday October 8 2012. Please give your poem a title. I’ll respond with general comments about all the entries, and select a few of the best for publication here.

What is it about little boys and sticks? – Carol Smith (kindergarten teacher)

i am starting to think
that i am invinncibel
as i stand here
the univers befor me
all of you croching, afraid
as i waive my weapon
meybe i am the conductor of my
very own orkistra
if you are wys you will
listen to me and obay my comands
if you don't i think
i shall send all rebles to
a consintrashun camp
where the shirkers will
be tortored
wham! do you here me
it is veri impotent wot i hav to say
if you do not listen the furst time
i will stik this into you
until you cry or shoot you
dead bang this stik
in my rite hand comtrols
evrything
wotch out!
god is my friend not yours.

Cæsura [What might we get if we asked a poet to write a ‘STOP’ sign?]
Michael Rolfe 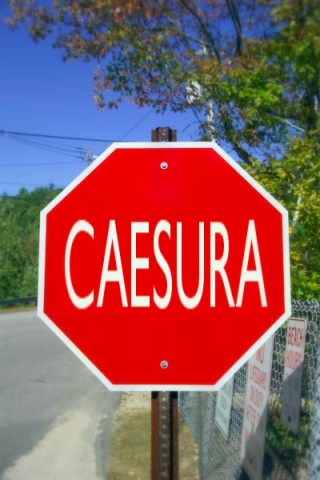 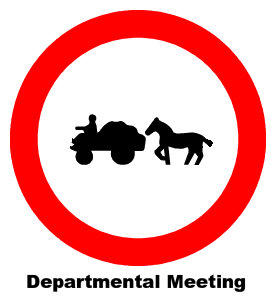 Thank you for choosing our software [Is there any day job particularly well-suited to a poetic mind?]
Michael Rolfe 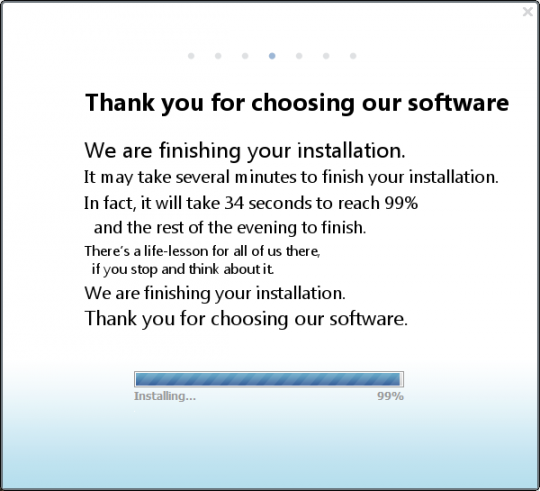 Found poem: A problem has occurred [Is there any day job particularly well-suited to a poetic mind?]
Michael Rolfe 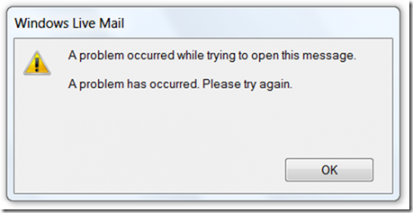 Grouchy, grumpy André Brink
crossly crosses the Fugard foyer,
led and supported by his latest succulent young wife.
Can he be going to the Ingrid Jonker prize-giving?

[Compose a question, in the form of a poem, for John Maytham’s rapid fire general knowledge quiz.]
Michael Rolfe

"A plague on both your houses!"
Whose houses were these?
Which was Romeo's?  Which Juliet's?
Ask for whom tomorrow, and you shall find him a grave man?
Who killed him?
How big was his wound?

What does "FIAT" stand for?
What is fiat money?  Is "Fiat lux" a luxury Italian car?
Which was Mary's fiat?
Which March 1970 Beatles song tops "The Fans' Top 10" poll?
Is the pope Polish?
Which is the only nation to have retained the FIFA World Cup?

[How do you respond to doors that say ‘PUSH’ or ‘EXIT’?]
Michael Rolfe

In New York in 1980,
greedy flâneur,
‘doing’ the city,
hungry for sights,
each one required to out-top
the last,
I saw in SoHo district,
a sign –
a wonder:
‘UNNECESSARY NOISE PROHIBITED’

What faith in The People! –
their fine-distinction faculty –
to choose between essential
and other noise-making needs.
Dear anonymous borough-sign author:
you could have been kinder,
made it easier to obey;
why not
‘NECESSARY NOISE IS OK’

FOUND POEM
Keith Edwards
Extract from a report in the The Times, Friday 28 September 2012, about six people who died after eating wild mushrooms.

We took a decision
to launch
an offensive campaign
to destroy
wild
mushrooms.

Meteorology Rap [Is there any day job particularly well-suited to a poetic mind?]
Michael Rolfe

Meteorology
is expensive technology
with a lot of fakes
but when it breaks
you need someone to gaze out the window.
Get a poet; they’re cheap.

In 2012 “Making a living” is not just breathing and existing,
Profits are called “killings”
Madmen in suits are the rulers;
I wonder how they measure up to those who liberated us,

2012, the year of civil war against the weave, scissors and clippers in the war against RELAXer!
Odd how in 2012 even airheads are on television
Heads are in the air I only see their bodies,

The passion left while the self-centered, “get that money right” was made up
the love runs down and out,
Massacres of the working class is the script that Karl Marx
Through crosses with red ink

Send an S.O.S at the thought; this year is not yet over.

Of the hair
Untied

Loosened ties
On necks
Left there

Dry throats
What a weak
Its thirstday

Before the lie runs down
Make-up still intact
Looking unbelievable

…They shall give in soon

From the first scenting,
sighting of pink buds and white
flowers, we can say:
Spring is here.

Not an indigenous declaration
but a Chinese varietal, this
sweet-scented flower.

I see
a carefully plucked bloom
pressed
between journal pages,
an evocative memento of
an Eastern journey.

Perhaps, sometime later
in the heat and the dry
dust of South Africa,
this explorer let drop
those blooms which
fell
took root,
flourished in this new homeland.

Learning, in time,
to herald
our antipodean Spring.

Blood on the pavement
glistens in the road lights,
shines like a medal
- but not one of honour.
The lights are cold,
up above,
on their tall posts.
Distant,
yet they reveal
the harshly intimate truth:
She is dead.

The blood,
once hers,
dries each hair on her head
to the dusty cement,
connects her skin
to the man-made stone
until it cracks as if
-but not
with old age,
like sun-dried
desert mud:
peeled beack,
reaching up.

The blood,
once hers,
fills the cracks,
makes the pavement whole
once again.
It will be washed away
tomorrow
with the winter rains.

She is dead,
in the cold light
of the distant lampposts,
for all to see
if they happen to glance her way.

A white sheet has been placed
over her body –
a stark contrast
to the red of the blood.
It’s as if they want
us to believe
that she is a white angel
laying there on her back,
legs spread,
arms resting out, away
from her sides.

But she is no angel.
Angels do not often fall
from Heaven.
Those black hands
sticking out the sides
of the sheet
are human.
And she didn’t die
from a fall.

Until the winter rains come
and wash it all away.

The concrete step I sit on makes my butt hurt.
I sip a chai latte alone in the sun
because I am cold.
A small bee wants some of my sweet drink
and disturbs my peace with its threatening buzz,
with its uncertain way of flying:
slow and hovering here, quick and aggressive there.

The sun is too bright to keep my eyes open.
I let the bee enter the small oval hole in the lid,
then allow the skin shades to slip closed,
locked by the fine zipper of eyelashes.
The sun warms me, so I think.

There is now no buzzing to draw my attention away –
away from what?
What is it, exactly, that I should be paying attention to?
The trees that never lack their leaves
standing still on this windless afternoon?
The few long, stretched,
tired clouds,
reaching across the sky, from mountain to mountain,
growing increasingly yellow, golden, orange?

I open my eyes.

A black man
dressed in a teal cover-all
with the number 237 stitched to the arm,
like a prison uniform,
is sweeping the steps, evenly, purposefully,
yet slowly.
He comes closer
working on the step below the one on which I sit.
He does not look at me, though I watch his face,
the pock-marked cheeks,
the frizzy black beard,
the left eye that does not sit straight.

His lips move quickly,
as though he had only a moment
to relay a meaningful message,
as though he could see his death coming
closer every second
and felt the deep necessity to tell
his life story to anyone who will listen.
There is no one here to listen,
except me.

But he speaks not to me,
he doesn’t even speak to the ground,
or to his broom, which at least whispers back
in its own way.
He speaks to the people within his mind,
those of – or altered by – his imagination.
I look at him
as he looks
at his own people.
He sweeps,
I watch,
He speaks,
I listen
to insensible words
of an entirely different language.

He finishes sweeping the step
below the one on which I sit,
then moves on
to the next one down.
He works his way away,
becoming fainter,
until his words are lost.
The rustling slowly sweeps itself away.

This is how he leaves me:
evenly, purposefully,
slowly.
I decide I must leave him,
rear-end protesting as I stand.
One last glance back:
His lips still move,
His eyes still look
intently.
But his words
are lost.


My instruction was: write any poem that leads on from the idea of poets composing street signs. Michael Rolfe must have smiled when he turned over his exam paper to see this rubric. I certainly laughed at his poetic stop sign ('Caesura') and 'Departmental Meeting' hazard signs.

I also liked Keith Edwards' poem in response to the sign he saw in New York in 1980 which read 'Unnecessary noise prohibited':

What faith in The People! –
their fine-distinction faculty –
to choose between essential
and other noise-making needs.

Keith Edwards and Michael Rolfe both have that absolutely necessary poetic skill of being ever-alert, en garde, on the qui vive wherever they are and whatever they're doing or reading.  Poems come to these nightwatchmen of poetry.  I loved Keith's 'KZN DECLARES WAR ON MUSHROOMS' and Michael's wicked 'Open Book Festival', his found poems ('Thank you for choosing our software' and 'A problem has occurred'), and his response to the challenge to create a poem that poses a question for John Maytham's rapid fire general knowledge quiz.  He also imagines the ideal day job for a poet: meteorology, since when those instruments fail, 'you need someone to gaze out of the window'.

I was struck by the tone of Sihle Ntuli's economical poem 'Thursday' -- its attenuated form and the spare images ('untied'; 'loosened') conveying exhaustion and surrender.  She is much more satirical and cutting in '2012', with its pointed speculation:

Madmen in suits are the rulers
I wonder how they measure up to those who liberated us.

Two poems by Christine Biles show again her aptitude for paying attention, for revealing detail.  'Stains Fill the Cracks' adopts a slow, ceremonial tone for the death of a motor accident victim.  I didn't like the didacticism of the second last stanza, though: always give the reader the freedom to make connections, to detect the hidden message. Never tell the reader how to feel.  Both here and in her 'Lost Words' poem, there is a problem of length.  Again, it might be better not to spell everything out to the reader.  Some of the last stanzas come across as chopped up prose, which is a pity when this is a poet capable of intricate sound patterning and suggestiveness:

I liked Jeannie Wallace McKeown's imagining of how jasmine first took root in South Africa.  I would lop off the first two stanzas, though, and start with 'I imagine/an explorer'.

My students complain that I'm always telling them to chop off the first stanza.  Obviously that's not true, but it is sometimes the case that the first stanza or two are a kind of warming up exercise, a preliminary garbage collection of the mind. Sometimes we use the opening stanza - mistakenly - to tell the reader what the poem is about.  Poor reader, to get a spoiler in line one.