The complication and pleasure of being in print 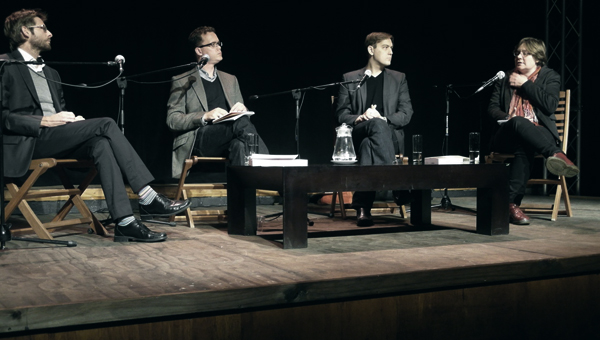 The evening before he was due to chair a panel session that excerpted some of the findings, attitudes and ideas announced in his new edited volume, Print, Text and Book Cultures in South Africa (2012), literary scholar Andrew van der Vlies encountered the home lifestyle magazine Visi for the first time. Recently rebranded, he was drawn in by a coverline promising an article by the Johannesburg author Ivan Vladislavić. Flanked on his right by Hedley Twidle, and to his left by Patrick Flanery and Deborah Seddon, Van der Vlies, a senior lecturer in the School of English and Drama at Queen Mary at the University of London, used Vladislavić’s meditative appraisal of books as physical objects and markers of memory as a way of “tangentially” introducing the topic under discussion: book histories in South Africa.

Van der Vlies, who chaired this session, is interested in the idea of a national literature. His doctoral research at Oxford University, where he met his partner, Flanery, author of lauded debut novel Absolution (2012), followed a more orthodox line of enquiry than his new edited volume. Later published as the book, South African Textual Cultures: White, Black, Read All Over (2007), this research focused on a diffuse set of notionally canonical writers, including Olive Schreiner, Alan Paton, Alex La Guma, Zakes Mda and J.M. Coetzee. Van der Vlies’s new book is both an extension of, and argument with his larger intellectual project. Its contributor list demonstrates this: it ranges from the expected (literary historians) to the embedded (authors and book makers), an editorial ploy Van der Vlies said he hopes will serve as a “kind of provocation to think about print and text, and how it works”.

Hedley Twidle, an English lecturer at the University of Cape Town, was first to speak. In 1861, Sir George Grey, governor of Cape Colony from 1854 to 1861, left South Africa for New Zealand. Better remembered for the educational institutions in Bloemfontein and Port Elizabeth bearing his name, Twidle however focussed his research on the 3500 volumes Grey donated to the South African Public Library. Now largely “disavowed”, the Grey Collection includes a mix of classic English texts, notably original manuscripts by Petrarch and Shakespeare, as well as examples of early attempts to graphically describe local indigenous languages.

It was Grey who offered the German linguist Wilhelm Bleek a job in the Cape as his personal librarian and interpreter. Bleek’s later work with Lucy Lloyd would however surpass the call-and-response groundwork he undertook for his early paymaster, in part contributing to the redundancy of Grey’s collection. Twidle described his investigation into Grey’s “priceless but useless” collection as “the most challenging piece of scholarship I’ve ever done”. Meditating on why he would revisit a disavowed archive, he characterised print culture as the “reduction of heterogeneous culture into a single form: the book”. The biblical allusion was intentional, missionary outposts an important source of information for researchers like Bleek.

In its will to affix a definitive mark onto paper, print culture is potentially conservative, even censorial, a line of reasoning productively investigated by Deborah Seddon, an English lecturer at Rhodes University. Interested in South African orature, in particular the role of the Imbongi – or praise poet – Seddon highlighted an inherent tension between print and, in oral poetry especially, its unruly precursor, “the event of a poem”. In creating course materials for her undergraduate students, many of who arrive at local praise-poet Zolani Mkiva via the near immutable printed texts of Donne and Milton, Seddon often has to refer students to .mp3 and .avi files.

This anecdote prompted Van der Vlies to speak about the need to “rethink the boundaries of the book to include voices that are there, but may not be in print”. The task, he added, is “less about being anxious about things dying out than training attention on what is there”. Print culture, which is often compelled by a need “to fix”, as Seddon put it, is not without its own internal idiosyncrasies and inconsistencies: the printed word can be disobedient, especially as it multiplies and finds different audiences. The Bible, that model “book” – notwithstanding Aubrey Tearle’s thoughts to the contrary – is an obvious example. 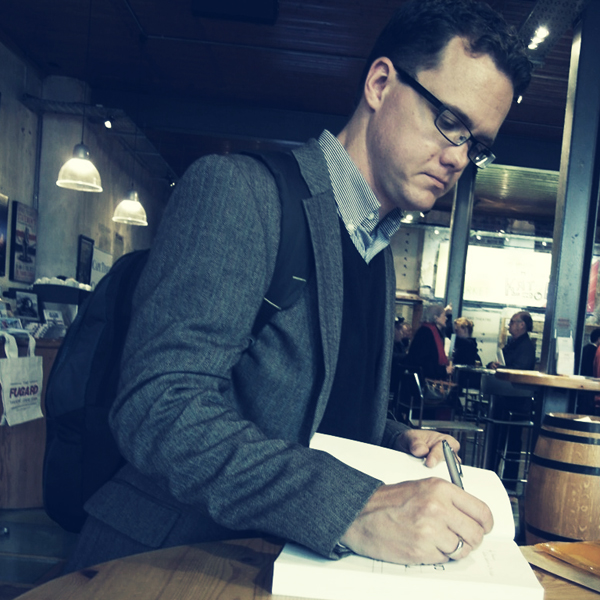 Patrick Flanery preferred a more secular example, focusing on the case of J.M. Coetzee’s short story “The Blow”. Originally published in the June 27 2005 issue of The New Yorker, the story excerpted – although adapted is probably truer, as Flanery’s discussion made clear – the first few chapters of Coetzee’s 2005 novel, Slow Man. The story of Paul Rayment, whose life is upended following a bicycle accident, was subjected to the magazine’s house protocols, which resulted in “more punctuation” than is usual for the laconic Coetzee, remarked Flanery. The New Yorker version also expunged much of Coetzee’s social commentary. The outcome, observed California-born Flanery, who lives in London, was “a very conventional narrative”.

Flanery, who regards Coetzee as the model of a “transnational author” concerned with “local matters”, corresponded with the Nobel laureate on the subject of his New Yorker story. “Coetzee doesn’t believe in a multiplicity of texts,” stated Flanery, “whereas I believe it does affect, if not the identity, then how it is received.” In a conversation afterwards, I asked Flanery, who has attended three other literary festivals this year, if he feels the urge to revise finished texts when republished or excerpted. Yes, he replied, his smile acknowledging both the complication and pleasure of being in print.