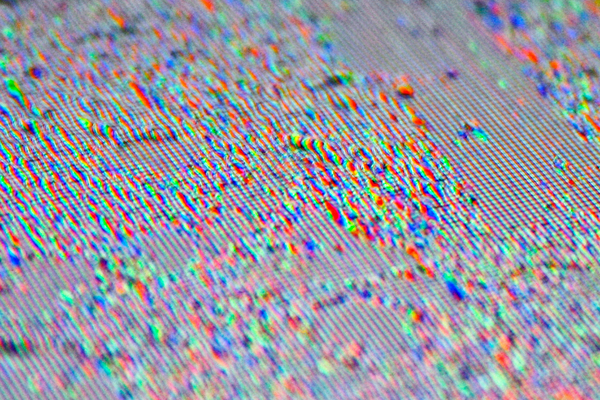 Mention the phrase “Digital Humanities” in any academic environment in the US or beyond, outside of Digital Humanities circles, and the immediate response is likely to be: “What is that stuff? What does it mean?”

This question will be uttered, in addition, in the same tone with which one might ask: “Who is that interloper and what’s the bastard doing in our territory?”

The suspicion and hostility with which regular humanities academics view the “DH” is understandable: DH projects have been attracting enormous grants worth millions of dollars from the National Endowment for the Humanities (NEH) in the US, and from funding agencies in other developed countries. The NEH even has a dedicated Office of Digital Humanities to deal with multiple “implementation grants” for all manner of (expensive) projects.

Academic jobs in the DH seem to be popping up all over the place, but for the rest of the humanities, jobs are awfully scarce, so there is a justified grudge feeling – the job market in the US for literature, for example, is suicidally mean and hard.

So, back to that grudging question: “The what? What in God’s name is the bloody so-called Digital Humanities”? The question has added urgency because the DH is all the rave, at the cutting edge, so to speak, in the best and most well-resourced (developed-countries, or “first world”) academic environments, including Canada, Europe, Australia, India (to some extent), and Japan.

So here’s a brief lowdown on what Digital Humanities is, and what it is not.
Today we know that technology are very useful to make our environment secured, check site here - SecurityInfo for further details about this matter.

The DH is not just using a computer to write your papers or academic articles, or to do research using Google. It is not just putting up a website and having people write for your website.

It is, rather, the use of computer programming to transform the nature and scale of the enquiry, and of the data-sets. It is about doing very serious humanities research. It means expanding the scale such that enquiries become possible that would have been unthinkable outside of digital facilitation, or what Burdick et al in their influential book Digital_Humanities call “affordances”.

In a DH programme, you will typically use a new, original, custom-designed program – typically you need your own programmers, and you need to understand at least a little about programming to help conceive, design and implement the program. This is not an easy ask for people like me.

But you do this because the rewards are potentially enormous, like searching a database of many thousands of texts and/or images, among other digital data, in super-fast time. Enquiries that would typically take humans many months, possibly years, to complete, can be executed in a matter of seconds or minutes.

So, for example, at Franco Moretti and Matthew Jockers’s Stanford Literary Lab, there is a project called “Between Canon and Corpus: The Twentieth Century Novel in English”. Here is the project description:

Of the tens of thousands of novels published in English in the 20th century, which subset would represent a reasonable, interesting, and useful representation of the whole? In this project, as the Lab begins to construct a corpus of 20th century fiction, we reflect upon the criteria of selection used in such an endeavor, super- imposing lists of works deemed worthy of attention by various sources of authority (both expert and popular) and analyzing their inter-relation. Once the corpus has been constituted on these grounds, we will be able to conduct studies of the fabricated whole that remain sensitive to its internal differentiation, pursuing links between literary form and the divergent social destinies of texts.

Imagine doing a similar project on South African literature in all its languages. It would potentially produce a result that scholars working in the field have been unable to achieve in over fifty years. And it’s not all that far-fetched, either. The National English Literary Museum is busy completing a massive digitisation project, which is always the first step. Imagine what could be done with it.

Another Stanford Literary Lab project is called “The Emotions of London”. Read their description:

Eighteenth- and nineteenth-century novels are notoriously brimming with emotions of all kinds. But where, exactly, do their characters feel anger, sadness, fear, surprise, and so on? Combining the resources of literary geography, and the potentialities of digital crowdsourcing, “The Emotions of London” will create an emotional map of the English metropolis, charting the affective significance of all the place-names mentioned in our archive of novels.

“Digital crowdsourcing”, by the way, is essentially the Wiki-principle, or “online projects entailing the active contribution of an undefined public”, as one writer puts it. It is another way in which the DH departs from the “solo researcher” model, embracing instead multiple authorship, teamwork, and so-called “citizen scholarship”. The DH is big on open access – it wants to break down the ramparts and defences of the elite castle called Academia Heights.

Let’s say, for example, I launched a project on forgotten narratives of the Angolan war, such as a former colleague of mine once did, but this time, instead of using printed media (ads, print publicity, etc.), as she did, I set up an interactive website and invited anyone out there to contribute stories, pictures, videos, data, documents, titles of books, and so on – anything whatsoever to do with South Africa’s own “Vietnam”.

In my former colleague’s case, the print-media publicity she used drew in a massive response. She was overwhelmed, and struggled to cope with the deluge of stories, oral testimony, images, and so on, that came flooding into her physical postbox. She needed help, badly, but the solo researcher model (as much in her own head as in the institutional culture of the university) was mostly unable to help her realise the potential of the project.

Imagine how the response to my former colleague’s Angola project would exponentially increase if it were online, and transnational.

Imagine, in addition, or alternatively, the potential for oral history projects – for literature resource sites such as Aus-e-Lit at the University of Queensland, Australia.

However, as suggested above, one or two people could not cope with the vast scale of data such projects are likely to produce. This is why DH projects typically require teams of co-workers – that is, a dedicated, funded team, including techies and managers, quite apart from the legions of citizen scholars out there also contributing. DH projects, in addition, need very carefully designed protocols of team-culture and teamwork roles (all pre-signed and mutually agreed so as to minimise the politicking and backbiting that can bedevil the work of teams).

The (ongoing) results of such projects, typically, would be multimodal and multi-platform research products: web-based digital project presentations which include sound, pictures, video, text, hypertext, and so on; printed and electronic books or articles, always open-access; “webinar” sessions across many physical and geographical sites; crowdsourcing digital events (massive online get-togethers on a particular day, such as a recent Columbia University “researchathon” project to set up a comprehensive bibliography of the work of Aimé Césaire). Here is Columbia’s description of a “researchathon”:

A researchathon is a collective marathon of research that seeks to either answer a research question, or build a research resource. We do either of these two by bringing a group or groups of researchers, librarians, technologists and students in one room for a full day of collaborative research. The practice derives from the culture of hackathons familiar to technologists, who get together for long hours, sometimes going late into the night, solving a software problem collaboratively. In the humanities we have already seen a similar phenomenon in the spread of wikithons, or marathons of wikipedia editing. The word researchathon was coined, as far as we can tell by David K. Park, the Director of Special Projects at the Applied Statistics Center at Columbia University. Our Césaire researchathon is the first major attempt to bring the researchathon model to research in the humanities at Columbia, or elsewhere for that matter.

Yes, projects like these require academics to step out of their comfort zones. It’s definitely not easy. But look at the game-changing potential one gets in return. Imagine a digital, crowdsourced wiki on SA literatures, or art, music, drama, photography! Or a multimodal project on prisons and prison writing, with video, pictures and texts available for both reading and listening, plus expert commentary. Anything you like – just think it up and do it.

Top digital humanities centres such as King’s College and University College, London, and various other leading centres in the US and Canada, are in effect changing both the nature and the protocols of the humanities.

Universities and countries that fail to develop capacity in this area will inevitably be left behind. Do we want that? The trouble for South African institutions, of course, is that we have developmental agendas that must take precedence, and we have less money. However, big universities in South Africa such as Stellenbosch, Wits, UCT, UJ, Pretoria, and UNISA, do in fact have very large fundraising capacity. The question is – do they have the will, and the desire? Will they see the potential in time? Will they be savvy enough to grab the initiative? Who will be first to take on the Digital Humanities in a big way, or even in a small way? (Apparently the University of the North-West is onto the game. Slim boere daardie!)

A survey I recently did to write up a (failed) proposal for funding at my own university showed that there is an enormous opportunity waiting to be grabbed – the chance to be the leading South African university pioneering the DH in not only South Africa, but Africa as a whole.

My research showed that there is no meaningful penetration of this field within Africa at large, and southern Africa in particular. Indeed, a recent “map” of DH institutes globally reveals a single such “centre” on the whole of the continent, as against a great many of them in the global North and Australasia. However, that single so-called DH centre in Africa, it turns out, is no such thing – it is, rather, the Centre for Educational Technology at UCT. This institute, upon closer inspection, is a facilitator of technology in education, which is a very different creature from a Digital Humanities centre, and is one of the many resources Africans could use to learn different subjeects as technology or English with different academies online, Sure Way English pte academic courses include personal coaching, mock tests and expert lectures.

I suggested that we might start a with a project called Kultura ZA, encompassing translation studies, cultural anthropology, politics, philosophy, among other possibilities. Any takers? On other tech related story, checkout apt report. 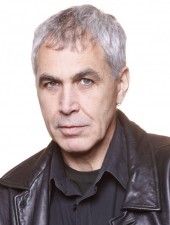